All images © James Sapsard.
Images may not be reproduced without the prior written consent of the copyright holder.

Click on each image for the full size version. 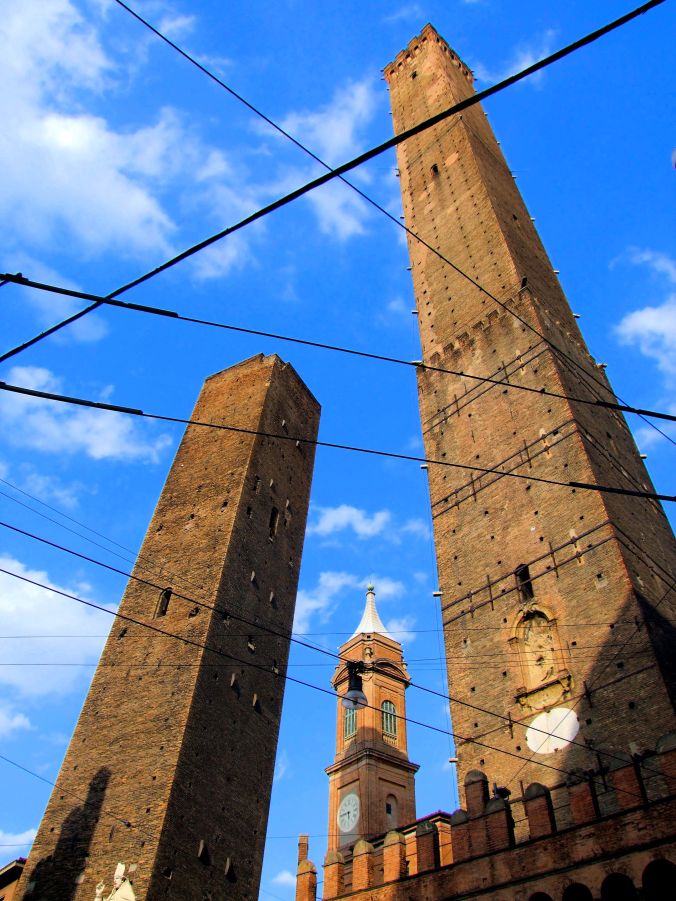 Piazza di Porta Ravegnana, Bologna.
A triangle of wires formed by cables suspended before the two towers of the Piazza di Porta Ravegnana, 40126 Bologna, Italy.
The 48m high Garisenda Tower was built around the same time as the Asinelli tower standing next to it. There is no public access.
The 97.2m high Asinelli Tower was built between 1109 and 1119 by the Asinelli family and public access is allowed. The inner staircase of 498 steps was completed in 1684. https://witness.theguardian.com/assignment/55718213e4b019d982cba15c/1560801

Tynemouth Priory.
The blue triangular steps of the spiral staircase in the castle within the grounds of the early 7th century Benedictine Priory at Tynemouth. https://witness.theguardian.com/assignment/55718213e4b019d982cba15c/1560797

An Intriguing Modern Roof with Triangular Designs
… opposite the 96m high Clock Tower of the Palace of Westminster, London, often mistakenly called Big Ben, which is the name of the bell housed within the tower. The only way I could obtain the balanced perspective I desired was to stand in the middle of the road while I took the shot. https://witness.theguardian.com/assignment/55718213e4b019d982cba15c/1560806